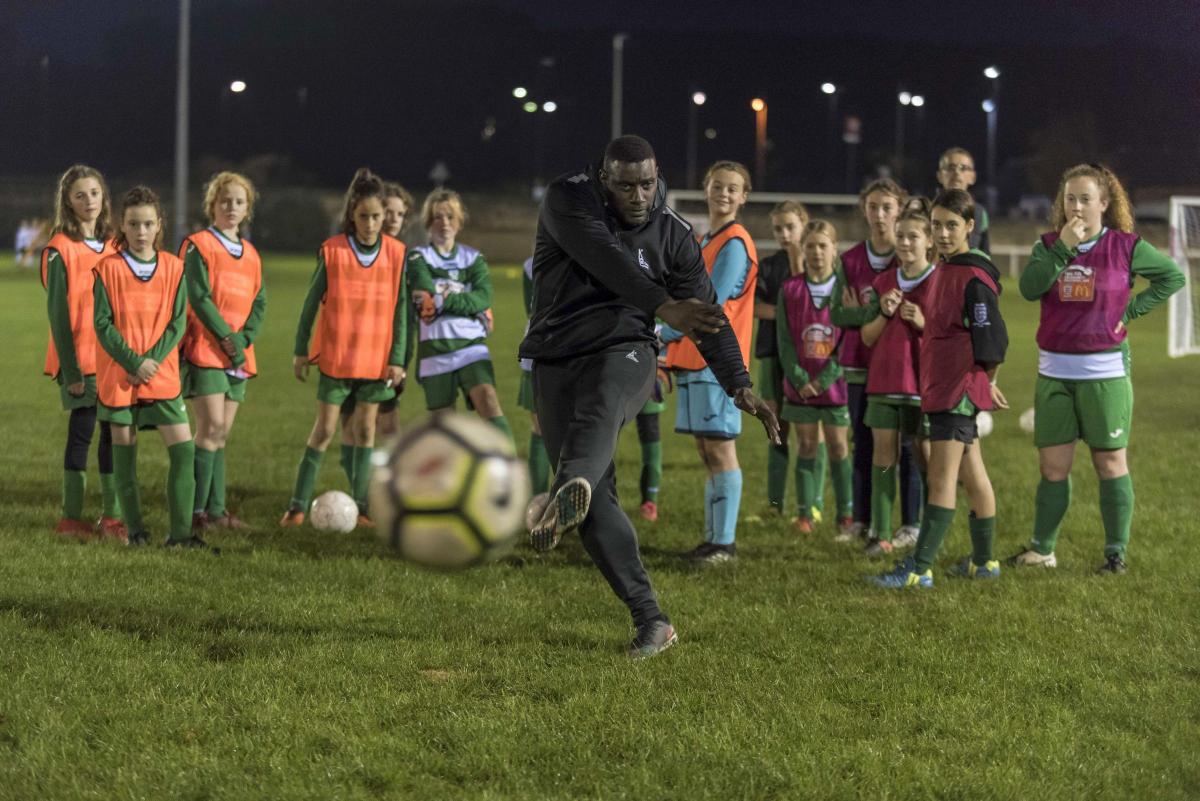 A FORMER Premier League and England U21 footballer was in the district this week to help youngsters find their shooting boots. Trevor Benjamin played for Leicester City between 2000 and 2005, and also appeared for Crystal Palace and Norwich City during his career. The striker netted 11 times for the Foxes after being signed as