A FORMER Premier League and England U21 footballer was in the district this week to help youngsters find their shooting boots.

Trevor Benjamin played for Leicester City between 2000 and 2005, and also appeared for Crystal Palace and Norwich City during his career.

The striker netted 11 times for the Foxes after being signed as a replacement for Liverpool-bound Emile Heskey for a fee of £1.3m by then-manager Peter Taylor.

He put the Lionhearts’ 16-strong squad of 11 to 13 year-old girls, through their paces, working on ball striking and body shape.

Coaches from the club also took the opportunity to observe the session and learn from Benjamin’s methods, which were designed to boost the girls’ confidence in front of goal, building on his philosophy of concentration as a key to success, and repetition as key to excellence.

The former Filbert Street favourite said: “I’m passionate about putting something back into grassroots football after my long career. The Lionhearts are a perfect example of what youth football should be about – fun and enthusiasm.

“They are given the freedom to experiment and learn for themselves while receiving great guidance and encouragement from the clubs’ coaches.”

The female game has had a massive boost since the Women’s World Cup in the summer, which has resulted in a large intake of new girls joining the club. A new U12 squad has now been formed to meet the demand.

Coach Toby Price said: “I’m committed to using football to build the self-belief of the young girls I coach. They all want to be the next Lucy Bronze or Beth Mead. It’s great to see and it makes my life easier as a coach because there are plenty of references for inspiration.”

The Lionhearts also sported their new matchday kits and rain jackets provided by sponsors the Women Empowered Foundation, and Hexham-based engineering firm, PDL Solutions. As a thank you to Benjamin, the team raised over £70 for Real Deal, a charity he supports. 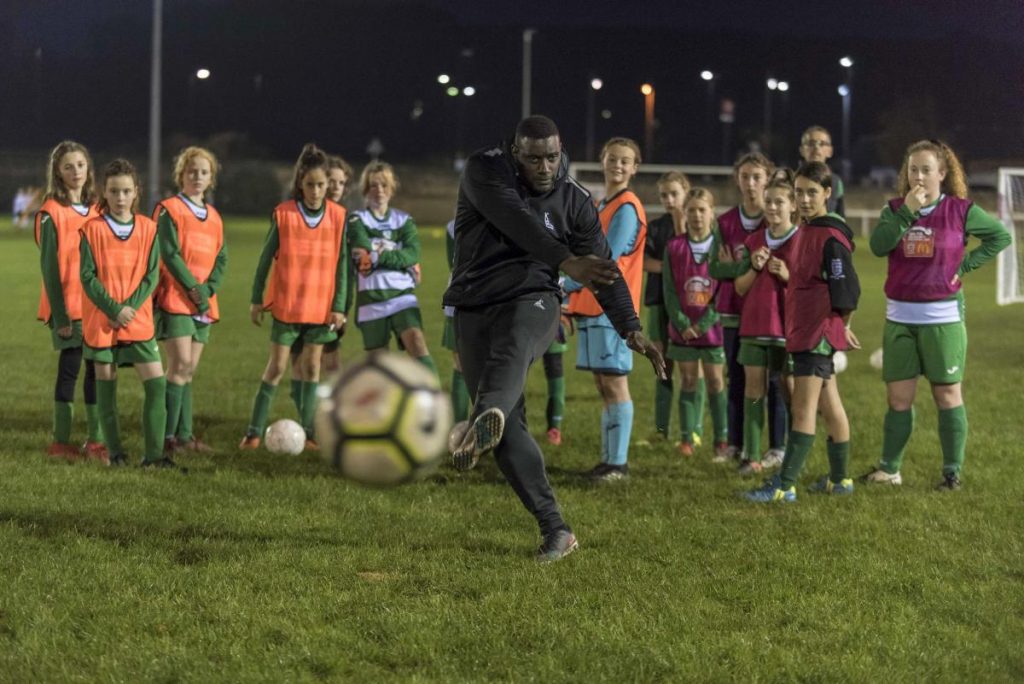